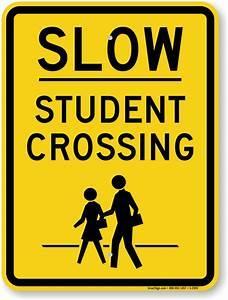 Parents and caregivers who drive on campus and in neighborhoods near school can play an important role in enhancing safety near schools by following safe driving practices.

At arrival and dismissal times, drivers are often in a hurry and distracted which can lead to unsafe conditions for students and others walking, bicycling, and driving in the area. Drivers should always: